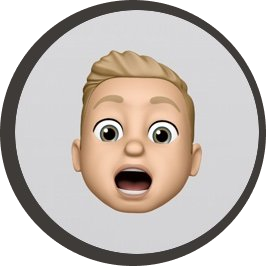 The number of tokens listed on CoinMarketCap has now exceeded 20,000 on the heels of a banner year for capital formation in crypto, which saw over $33B of venture dollars flow into the ecosystem - much of which indexed toward companies or projects that plan to launch a token.

With the promise of valuation marks divorced from reality, and the tantalizing prospects of instant traction and early liquidity, it’s easy to see why many founders depart from the boring old equity raise. The unfortunate reality is that rarely is this trade worth the resulting hangover that even the entire world’s supply of Pedialyte can’t cure. In the clear eyed reset of the bear market, here are three practical reasons why you probably don’t need a token:

The advent of yield farming and airdrops spawned a wave of token based growth hacks, most of which create the illusion of traction that seemingly upends the traditional product growth playbook by enabling a myriad of X-to-earn schemes that show user acquisition accelerating so fast that the growth line bends back toward the Y-axis.

This short run hit is rarely sustainable. In the case of token based incentives (yield farming, X-to-earn, etc.), the tokens essentially act as a passthrough for mercenary capital to stack stable coins or large cap base pairs like BTC or ETH. Meaning, as the front loaded rewards schedule runs dry following exploitation, mercenary capital is incentivized to sell down their earnings to lock in gains as they depart and recycle profits into the next opportunity.

The same is true for another common variant of issuance - airdrops. Emerging research from on-chain analysts like ElBarto_Crypto shows that airdrops look more like sell the news events than growth accelerants. Similar to the dynamics of x-to-earn, mercenaries anticipate the event by completing the minimally viable action that will likely qualify their wallet to receive the airdrop. Once the airdrop bullet has been fired, users depart and the “traction” shown in anticipation of free money subsides.

In either case, founders typically end up whipsawed by the sharp decline following seemingly endless growth and are left having to restart their engines while simultaneously managing the fallout of their failed token issuance.

2. Going public in reverse is miserable.

Building and growing a product that people want is hard in isolation, but the addition of a token can make things nearly impossible.

Once a token is launched, founders inevitably have to endure two resource and time consuming dynamics in addition to the day to day activities of building a team and growing a product:

There’s a reason why many companies wait nearly a decade before going public - it’s the corporate equivalent of a PhD dissertation every 3 months with market participants casting pass/fail votes every second of every weekday between the hours of 9:30am - 4pm ET. It requires careful planning, stable growth, and a close management of shareholder expectations. By contrast, launching a token is like running through a thick jungle blind while being chased by a mob of inebriated monkeys 24 hours a day.

Every day seems to bring a stream of mixed messages related to the future of the regulatory environment for crypto, but the directional arrow of the future is pointing toward more regulation rather than less. The problem for founders of token based projects is they’re making a binary bet that the facts and circumstances related to the launch of their token and the product/protocol that’s associated with it will land on the right side of the eventual regulatory red line.

Not only does this create a great deal of uncertainty for founders, but the only cure for the uncertainty is to pay inordinate amounts of money to fancy lawyers to define the gray area that may hold up in the event a three (or four) letter agency takes aim at their specific set of facts and circumstances.

Despite the complexity and low likelihood of being a magic bean of growth, the fact remains that tokens are incredibly powerful instruments.

As history has shown, there are numerous examples of tokens forging the necessary security model for decentralized networks to function, aligning incentives with long run economic participants, and defining the future of collective global ownership. The success of these dynamics however is predicated on a measured approach to issuance and a careful consideration of all the risks that await founders and teams on the dark side of the moon.